So many changes are taking place in Streeterville these days.  Perhaps you are familiar with this park that spanned the block between McClurg and Peshtigo on Grand to the North and Illinois to the South.  The park was constructed in conjunction with Parkview West – 505 N McClurg Court in 2008.  A welcome addition to the neighborhood, since it’s prior life was a parking lot. 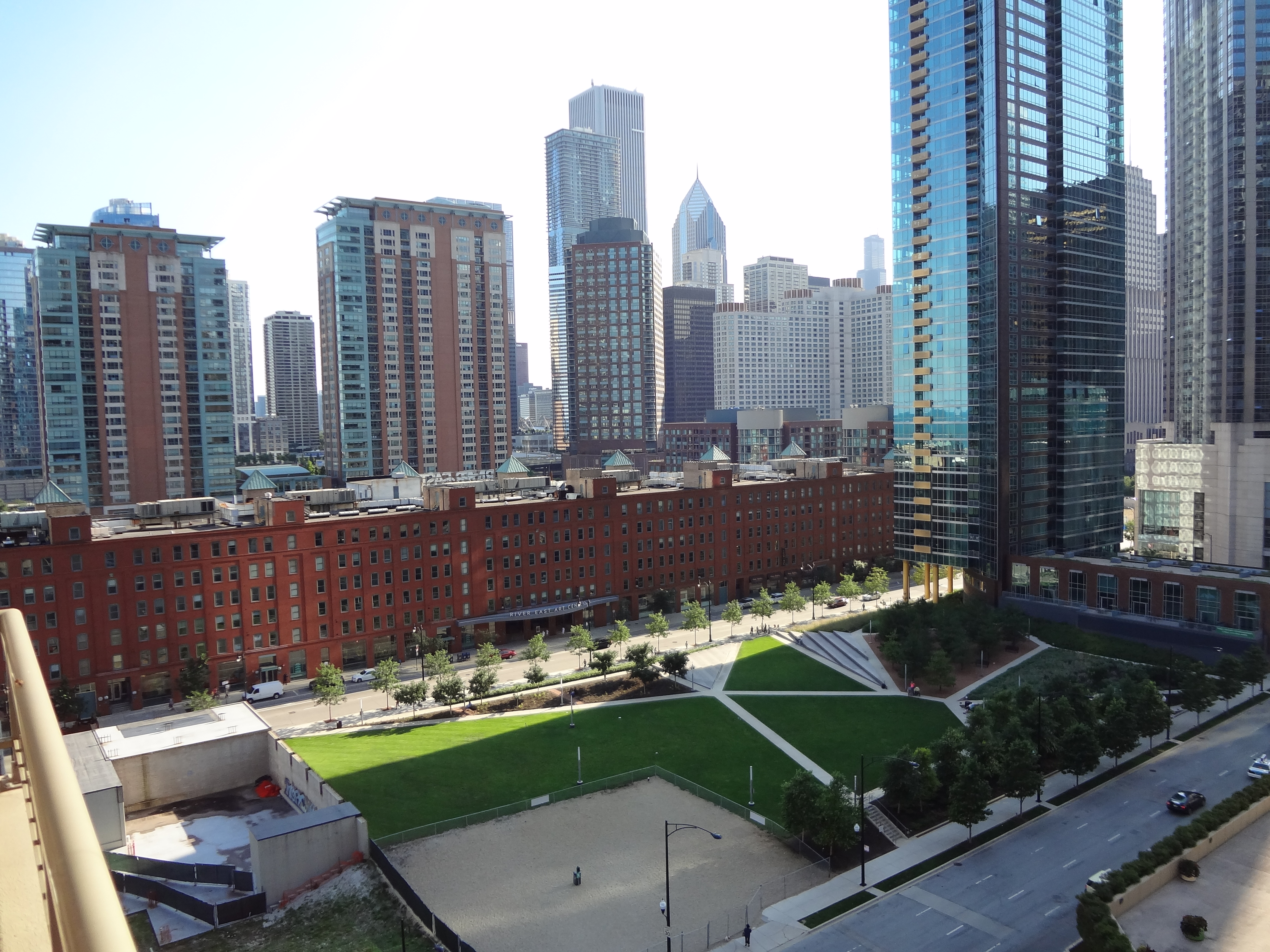 The park had green space, benches, trees, a water fountain, walking paths and a dog park.

Many a new friend and neighbor could be met in the park as people walked their dogs, sat on the lawn and ate lunch, or watched the amazing fireworks display on summer evenings.

Original plans were to construct Parkview East on the eastside of the block (lower left); however with the housing recession, that did not happen.  So the space between the two towers, is actually a green roof over an underground parking garage which is accessible to the public.

In March 2016, construction crews began working on One Bennett Place, a 67-story combined condominium and rental tower.  The building is being developed by Related Midwest and designed by a New York based firm of Robert A.M. Stern and when completed will be the 13th tallest building in Chicago.   As part of an agreement to construct a larger tower than what was originally planned, Related is paying to reconstruct a new park with a new design from landscape architecture firm Michael van Valkenburgh, who played a key role in developing Maggie Daley Park and the 606 trail.

The new park will have a playground, picnic grove and dedicated area for Streeterville’s canine community. 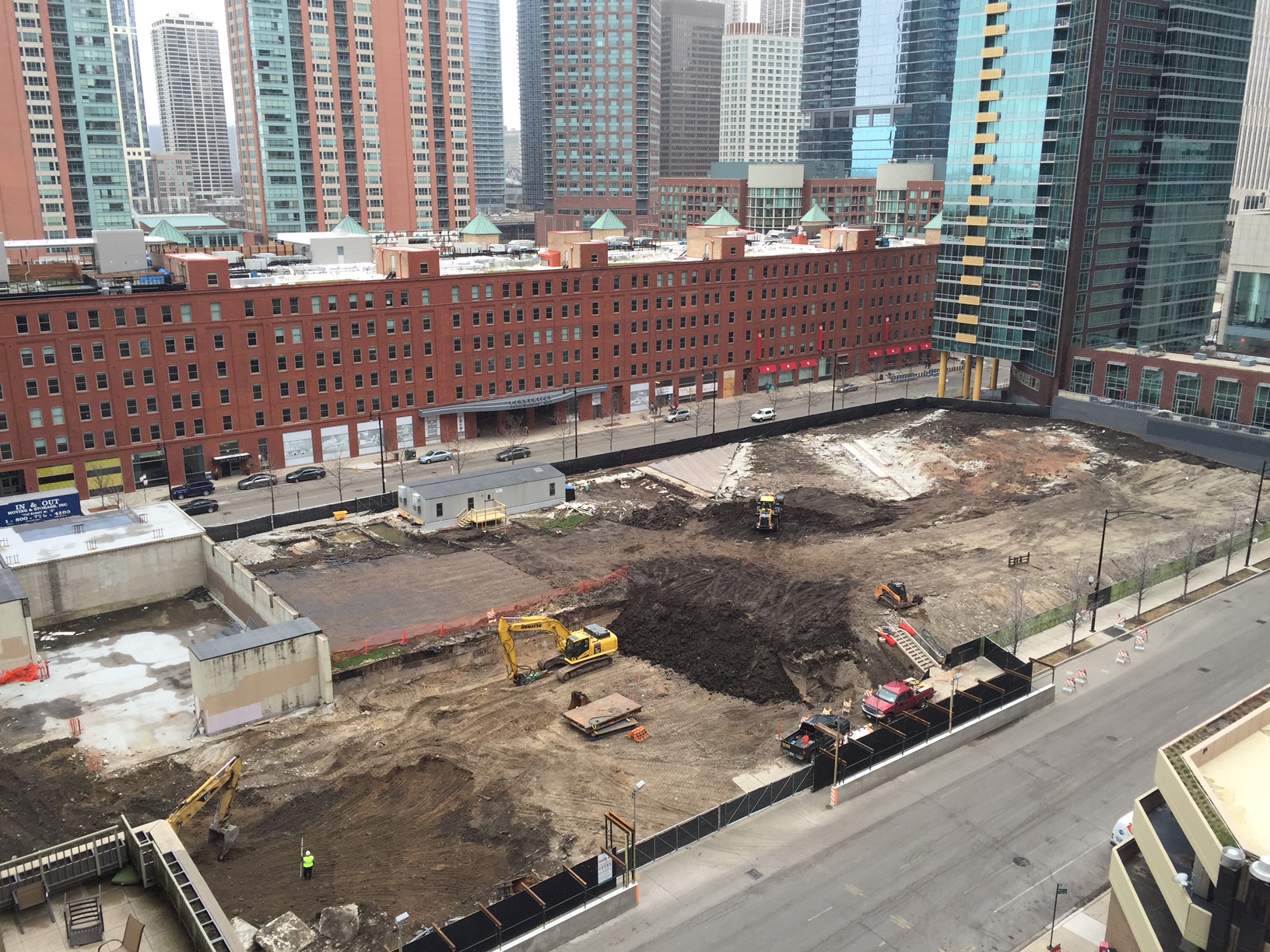