Streeterville Homes and Condos for Sale

Explore the luxury lifestyle of Streeterville

Streeterville is a neighborhood in downtown Chicago along Lake Michigan.  Bordered by Lake Michigan on the east, Rush Street on the West, East Lake Shore Drive/Oak Street on the north and the Chicago River on the south, it is considered the Gateway to Chicago.  Only three quarters of a mile square, Streeterville is home to much of the city’s world-renowned shopping, dining, museums, architecture, music, theatre, and more.

Since 2011, Streeterville has been experiencing a steadily growing real estate market.  2015 has been a significant year with new developments occurring across all markets.  From apartments to condos, institutions, restaurants, hotels and large-scale infrastructure projects, these developments all have contributed to making Streeterville a more vibrant, diverse and livable place.

As a result of all this new development, the population of Streeterville continues to grow. With nearly 1,000 new units on the market in 2015 and over 2,000 coming in the next two years, Streeterville’s population of 29,000 is expected to grow by 13% over the next 5 years.

This new wave of development mostly occurring on Grand Avenue, Illinois and Ontario Streets is redefining existing corridors in the neighborhood.  These corridors are attracting new restaurants, bars, entertainment and shopping area.  As a result, more jobs are being created in Streeterville, which will add more commuters to the 65,000 who already come to the area on a daily basis for work.

The Chicago Riverwalk is an exciting addition to the city. It's third and final phase of the project is now complete, and is officially open to the public.   Located along the main branch of the Chicago River, the Chicago Riverwalk is an open, pedestrian waterfront walkway and recreational facility spanning from Lake Shore Drive to Franklin Street.  The design plans include conceptual ideas for each of the six blocks from State Street west to Lake Street with distinctive identities and purpose, thematically named:  The Marina (from State to Dearborn); The Cove (Dearborn to Clark); The River Theater (Clark to LaSalle); The Swimming Hole (LaSalle to Wells); The Jetty (Wells to Franklin) and The Boardwalk (Franklin to Lake).  The 1.5 mile long promenade revitalizes this underutilized area of the city with restaurants, cultural activities and amenities and reconnects the Chicago River to the urban fabric of the city.

Sometimes referred to as the “Mag Mile”, Chicago’s upscale shopping on Michigan Avenue running from the Chicago River to Oak Street.  Chicago’s great shopping experience attracts visitors from all over the world with its abundance of high-end retail stores, shops, boutiques, restaurants, museums, and hotels.

The only corner one bedroom available in ParkView and nearly top floor! This desirable north and west corner home enjoys floor to ceiling windows throughout with amazing ...

The data relating to real estate for sale on this website comes in part from the Broker Reciprocity program of Midwest Real Estate Data LLC. Real Estate listings held by brokerage firms other than our company are marked with the MRED Broker Reciprocity logo or the Broker Reciprocity thumbnail logo (the MRED logo) and detailed information about them includes the names of the listing brokers. Some properties which appear for sale on this website may subsequently have sold and may no longer be available. The accuracy of all information, regardless of source, including but not limited to square footages and lot sizes, is deemed reliable but not guaranteed and should be personally verified through personal inspection by and/or with the appropriate professionals. The information being provided is for consumers personal, non-commercial use and may not be used for any purpose other than to identify prospective properties consumers may be interested in purchasing.

Based on information submitted to the MRED as of . All data is obtained from various sources and has not been, and will not be, verified by broker or MRED. MRED supplied Open House information is subject to change without notice. All information should be independently reviewed and verified for accuracy. Properties may or may not be listed by the office/agent presenting the information.

NOTICE: Many homes contain recording devices, and buyers should be aware they may be recorded during a showing.

The Digital Millennium Copyright Act of 1998, 17 U.S.C. § 512 (the DMCA) provides recourse for copyright owners who believe that material appearing on the Internet infringes their rights under U.S. copyright law. If you believe in good faith that any content or material made available in connection with our website or services infringes your copyright, you (or your agent) may send us a notice requesting that the content or material be removed, or access to it blocked. Notices must be sent in writing by email to DMCAnotice@theMLSGRID.com.

The DMCA requires that your notice of alleged copyright infringement include the following information: (1) description of the copyrighted work that is the subject of claimed infringement; (2) description of the alleged infringing content and information sufficient to permit us to locate the content; (3) contact information for you, including your address, telephone number and email address; (4) a statement by you that you have a good faith belief that the content in the manner complained of is not authorized by the copyright owner, or its agent, or by the operation of any law; (5) a statement by you, signed under penalty of perjury, that the information in the notification is accurate and that you have the authority to enforce the copyrights that are claimed to be infringed; and (6) a physical or electronic signature of the copyright owner or a person authorized to act on the copyright owner’s behalf. Failure to include all of the above information may result in the delay of the processing of your complaint. 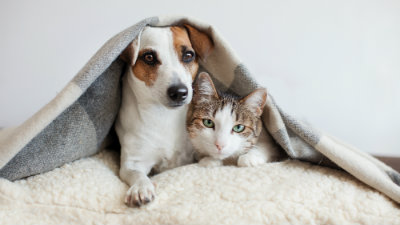